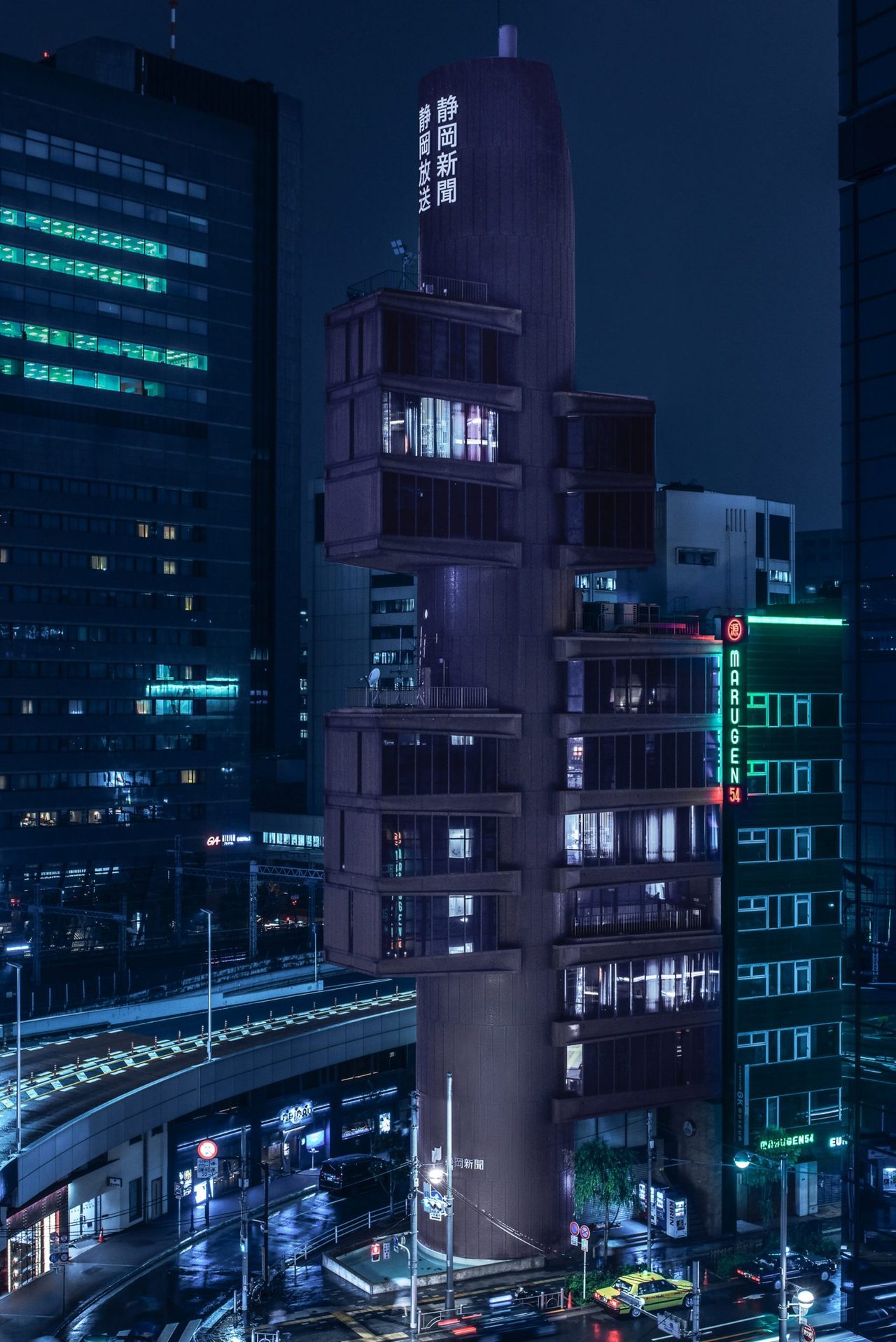 Nihon Noir by Tom Blachford
Australian photographer Tom Blachford waited until night to capture these neon-tinted photographs of Tokyo’s metabolist buildings, which he says could have been built in a “distant future”. For his latest series, Blachford was influenced by the futuristic appearance of the country’s post-war modernist architectural movement, metabolism – pioneered by Japanese architect Kenzo Tange.